The United States film industry is predicted to be worth about $50 billion in 2020, and it can be expected to expand due to the launch and growth of several streaming services. There's so much opportunity for a movie production company to win big at the box office or with digital downloads and rentals when you take the process seriously every step of the way. Investing in creative consulting for films is an excellent way to put out the best quality product. Here's what you should know about working with creative consultants.

Too many filmmakers try to bring in a consultant once they hit a dead-end with the script or in the production process. To really get the most from what they provide, you should bring creative consultants in when writing the script.

The definition of a creative consultant is broad because they can help with everything from raising the stakes for characters to the cinematic direction of the movie. Any creative consultant that you hire should also have a strong grasp on the three-act structure. They will help you with several script drafts and rewrites, which lead to a quality finished product.

A creative consultant will really earn their money when it comes time to solidify the most important parts of the screenplay, including the "all is lost" moment in the second act. This part of the script, between pages 75 and 90, is incredibly important since this is the dramatic impact that brings the movie home for the viewer.

You'll want your creative consultant to be both a script doctor and visionary when it comes time to put your movie together.

Put together a team of directors, cast and crew to make the project cohesive

The creative consultant will also help hire the team that will make the movie come together. They can assist you in taking resumes and making sure that you hire the right creatives for the film. For instance, the director takes the script and shapes the artistic vision of how the movie comes across on-screen.

When you know what director and crew you want to hire, it'll also affect your budget. You can bring a camera operator on board for approximately $25 per hour to $400 per hour.

Come up with a contract and agreement that you and your creative consultant can work with. There is no set pay scale for creative consultants, but you may want to reach out to others in your network to see what percentage of the film budget goes toward them, and what titles you use.

There are several different kinds of movie and TV credits as outlined by the Writer's Guild Association (WGA). Your consultant might be listed as a script consultant, executive producer, or other roles.

Use these tips when you need a creative consultant, such as Robert O'Twomney.

the feelings that visual arts create

the feelings that visual arts create 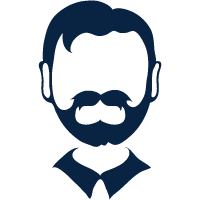